Better late than never, here are my reads for September, another good reading month!

I’ve said it before, and I’ll say it again – a good TV travel (and wildlife) show tie-in book is one of my not-so-secret guilty pleasures. And this one was another absolute delight. Last month I read Last Chance to See by Douglas Adams, which was the book of a series of trips with zoologist Mark Carwardine which became a radio series in the late 1980s. For this book, Last Chance to See: In the Footsteps of Douglas Adams, Mark Carwardine returns 20 years later to several of the places that he and Douglas Adams had visited (and a couple of others), this time with Douglas Adams’ good friend Stephen Fry, and a TV crew in tow. This book accompanies the resulting TV series, and I loved it. Mark Carwardine is actually a pretty good writer himself, and the book is only enhanced by al the beautiful photographs throughout. Like the first book, this is pretty sobering though – despite the many valiant efforts being made across the world, we seem as a species to be generally making a right old mess of conserving what’s left. Two of the animals that they had visited in the 80s (the northern white rhino, and the Yangtze river dolphin) were extinct by the time they returned for the TV show, and although some populations (such as the kakapo in New Zealand) were making valiant efforts at increasing their numbers, they’re still very fragile populations. And 10 years on from when this show was made, I expect there will be further species which are now extinct, or close to it. 4.5/5. 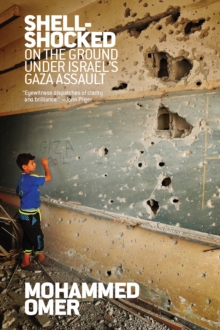 Mohammed Omer is a Palestinian journalist living in Gaza, and this book, Shell-Shocked, is a collection of all his reports during the 51 days of Israel’s Operation Protective Edge, their assault on Gaza in 2014. Most of the reports are for Middle East Eye, but there are some for Al Jazeera too. They detail the impact of the war on Gaza’s civilian life, and the whole book is pretty harrowing. The main feeling that I had – similar to when I see other injustices such as the effects of austerity in the UK – is of the pointless cruelty of it all. Very highly recommended, but far from an easy read. 4.5/5. 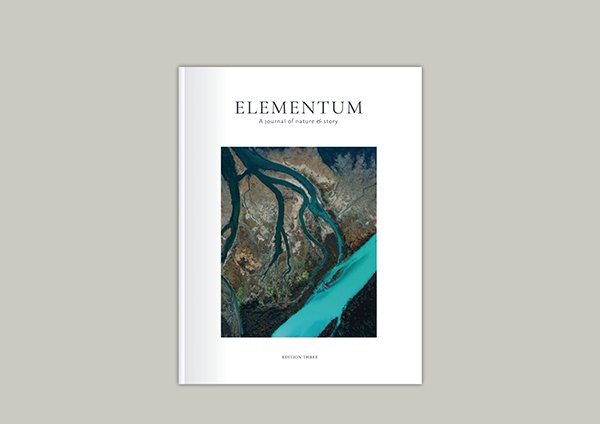 One of my excellent birthday presents this year from my excellent husband was a subscription to Elementum journal. It’s a literary journal which features nature writing, art and photography, and each edition is an absolute work of art. As well as the subscription for this year, he also bought me last year’s back copies, and so I’ve just been reading through one of those, Elementum Journal: 3: Roots. It features writing from some of my favourite writers – Jim Crumley, Robert Macfarlane, Annie Worsley, Kathleen Jamie – and some I wasn’t so familiar with. One of the pieces was from a volunteer in Mauritius who had worked with the people that Douglas Adams, Stephen Fry and Mark Carwardine met in the two Last Chance to See books. The whole thing was beautiful, and I can’t wait to read the others now. 4.5/5. 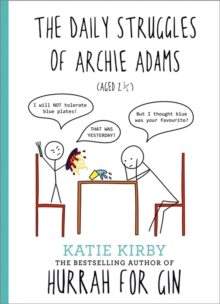 The Daily Struggles of Archie Adams (Aged 2 1/4) is the second book by Hurrah for Gin’s Katie Kirby. This time, rather than discussing babyhood and parenting, she turns her attention to the challenges and joys that having a toddler in the family brings. The familiar sweary stick figures are joined by Archie’s diary as he makes sense of life, parental choices, and a new sibling, amongst other things. I didn’t enjoy this as much as Hurrah for Gin!, but bits of it did really make me snigger with recognition, so it’s still a solid 3.5/5. 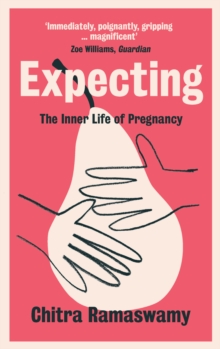 Whenever I start a new reading year, I always wonder if (and hope that) I’ll be blown away by a book that’s just wonderful in every way. This year was no exception, and unless the reading gods have something else in store for me, I’m pretty sure that my book of the year this year will be Expecting: The Inner Life of Pregnancy by Chitra Ramaswamy. She writes so beautifully and powerfully about her pregnancy – I so wish this book had been around when I was pregnant. This is no ordinary pregnancy book – usually they are full of ‘at this stage the baby is x cm long and the size of a {insert relevantly-sized piece of fruit here}’. This one though is full of all the raw emotion and paradoxes and general weirdness of pregnancy that none of the books tell you about, and she weaves it in effortlessly with her wider life, alongside bereavements, journeys, chance encounters, work, place, and daily life. Absolutely fantastic, and I’ll be buying this for everyone I know the second I find out they’re pregnant! 5/5. 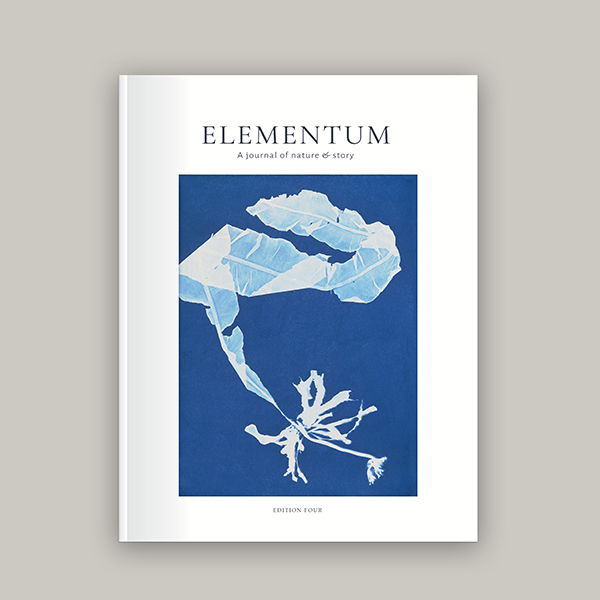 After thoroughly enjoying Elementum Journal: 3: Roots, I was excited to carry on with the 4th journal, Elementum Journal: 4: Shape. If anything, I think I liked this one even more – every single article was beautifully written and illustrated. I particularly liked the ones where the writers explained the link between the nature they saw and their creative process. The final piece, by lacemaker Jane Atkinson, about how she tries to render the patterns in the water of her local coastal marshland in lace, was fascinating. 5/5. 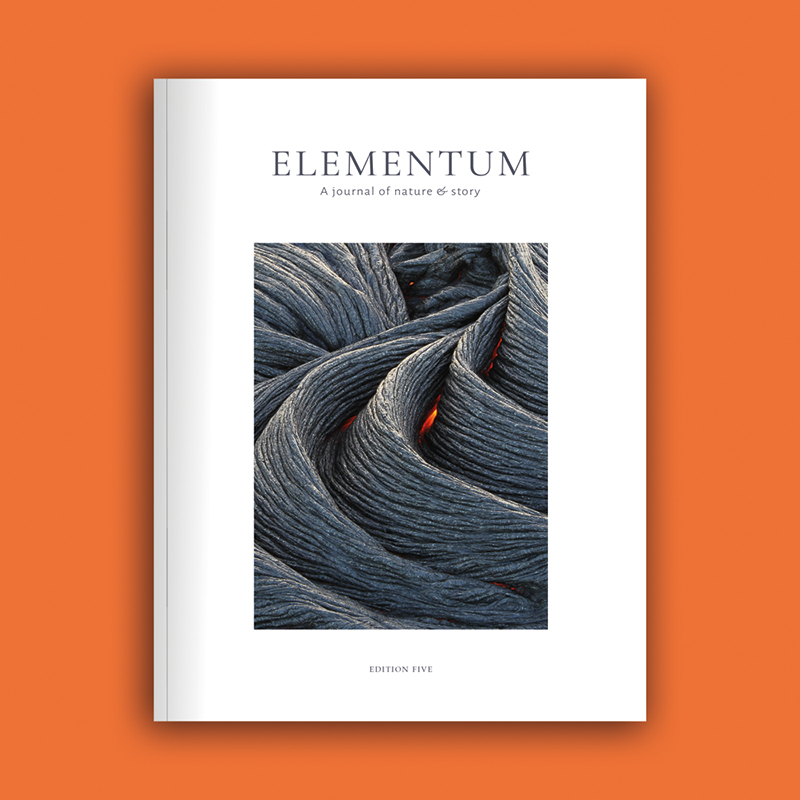 I’m now caught up with my Elementum reading, with Elementum Journal: 5: Hearth which came out earlier this year. I already can’t wait for edition 6, which comes out towards the end of the year (there are two editions a year, and my birthday present was last year’s back issues plus a subscription for this year). This was just as good as the previous ones – I think my favourite article was by Nicola Davies, about how she uses sketching to exercise her creativity as she looks to connect with landscape and write about it, I related a lot to that and I really want to get back to sketching to try and connect with my inner creativity. Not that I have any talent whatsoever, but it’s just an hour or so that I can completely immerse myself in creating something and it gives me enormous pleasure, and I think sparks my imagination and creativity at a very deep level. I was also really surprised to see an article by Colin Taylor, who is better known as the author of The Life of a Scilly Sergeant. 5/5. 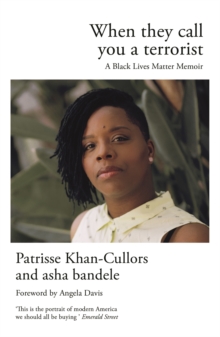 When They Call You a Terrorist is a memoir by one of Black Lives Matter’s co-founders, Patrisse Khan-Cullors (co-written with asha bendele). Most of the book is actually a memoir of her life and her family before the founding of BLM, and is a blistering account of everyday institutional and structural racism. Heartbreaking, hopeful, angry. A must-read. 4.5/5. 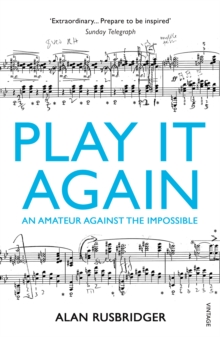 Play It Again: An Amateur Against the Impossible by Alan Rusbridger is a book I’ve wanted to read for ages. By day (and much of the night as well, it seems) he was the Editor of The Guardian, but is also a keen amateur pianist, and he challenged himself to learn in a year Chopin’s Ballade No. 1. As the blurb puts it, “His timing could have been better”. As well as trying to carve out 20 minutes a day to practice, and meeting and interviewing professional pianists, neuroscientists, and well-known amateurs (including Condoleezza Rice), he also has to deal with two massive stories that year – the News of the World hacking scandal, and WikiLeaks – as well as assorted other major news stories, including one of their own journalists being kidnapped in Libya. As a (very very very out of practice) amateur musician myself, who like him was a pretty decent player at school but has not really gone beyond that, I found this account absolutely fascinating, and I really admired his efforts. He didn’t choose any old piece – as his annotated score at the back of the book shows (and the many professional pianists he speaks with attest), this piece is absolutely fiendish. To even have considered it he must be a pretty decent player already, but that doesn’t diminish the achievement, as he documents the highs and lows, the errors and agonising over fingerings and techniques, the nerves and the frustrations and the occasional triumphs. There were aspects that I was less able to relate to (not least his second country home with a specially built music room in the garden, and being able to splash out several thousand pounds more than his original budget on a second hand Steinway grand piano for that music room), but even still, this is a very very readable account of a bonkers challenge taking place during a bonkers year. 4.5/5.